Young Mother Both Takes Her Children with Her And Delivers...

A young mother in Russia, who works for a courier service company, went viral on the internet since the photos of her taking her children with her while she is working were shared.

See more:
Dog Jumps Out Of Train And Walks 125 Miles ‘With Tears In Her Eyes’ To Find Owner Who Abandoned Her
How Life Changes Forever When You Find The Right Person
Volodymyr Zelensky & His Wife Olena Zelenska – A Heartwarming & Inspirational Love Story

Young mother a feature in Moscow

It turns out, that public attention centered on the woman, Lada Koroleva, 19, and her children, is not new.

Lada, it transpires, is a known figure who has been spotted in Moscow and has appeared in the media more than a few times talking about her situation the past year or so.

In local parlance, she is almost the equivalent of an influencer.

One recent post featuring her and one of her children while out running errands received more than 3,000 likes. 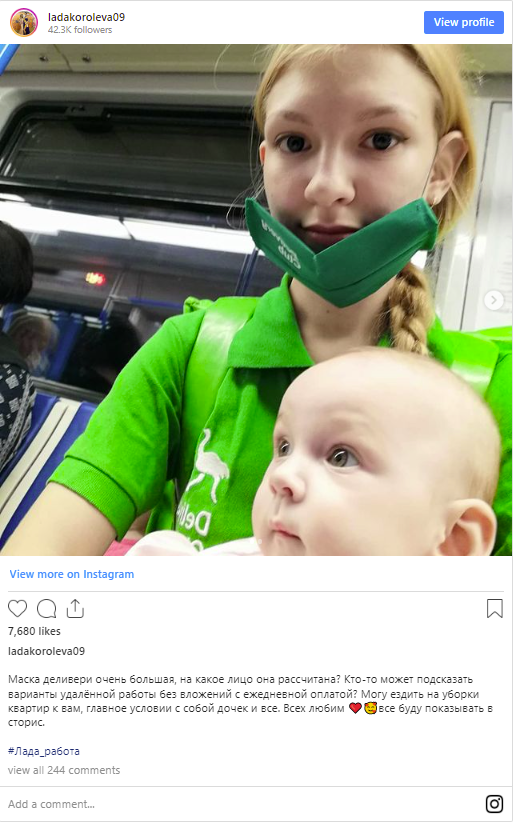 The caption, translated from Russian, said:

The delivery mask is huge, what face is it designed for? Someone can suggest options for remote work without investment with daily payment? I can go clean apartments, the main condition is I have with me my daughters and that’s it. We love everyone ❤️ I will show everything in stories.

Past coverage in Russian media

There are at least two versions to Lada’s story.

The simpler version is that Lada gave birth at 17 as she wanted to be a young mother and moved away from her family’s hometown to go to Moscow to seek work in the city with her young husband as there are more opportunities there.

Lada is allegedly estranged from her mother, which is why Lada is not getting familial help raising her children.

She is working with her children in tow as she wants to spend time with them and not rely on her husband.

Another side to the story

However, as previously reported, Lada’s claim to fame was when she was spotted in Moscow when she was 18 and carrying her seven-month-old daughter with her as she did food courier work in a conspicuous yellow outfit. 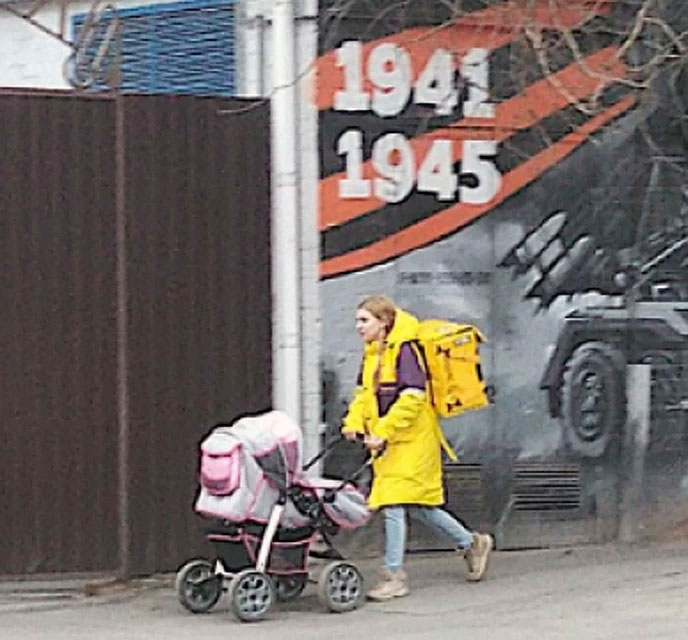 She received much sympathy and public offers of help then in the form of food, goods, and money.

At that time, she had apparently claimed that her young husband was made to join the army.

She then allegedly turned to the media to reveal her family life, and about how her husband was not helping her at home, as he was always gaming on the computer and having to take care of him as well.

For about six months, she was the recipient of public goodwill, with many strangers urging her to divorce her equally young husband.

But then by November 2019, Lada was photographed with two children. 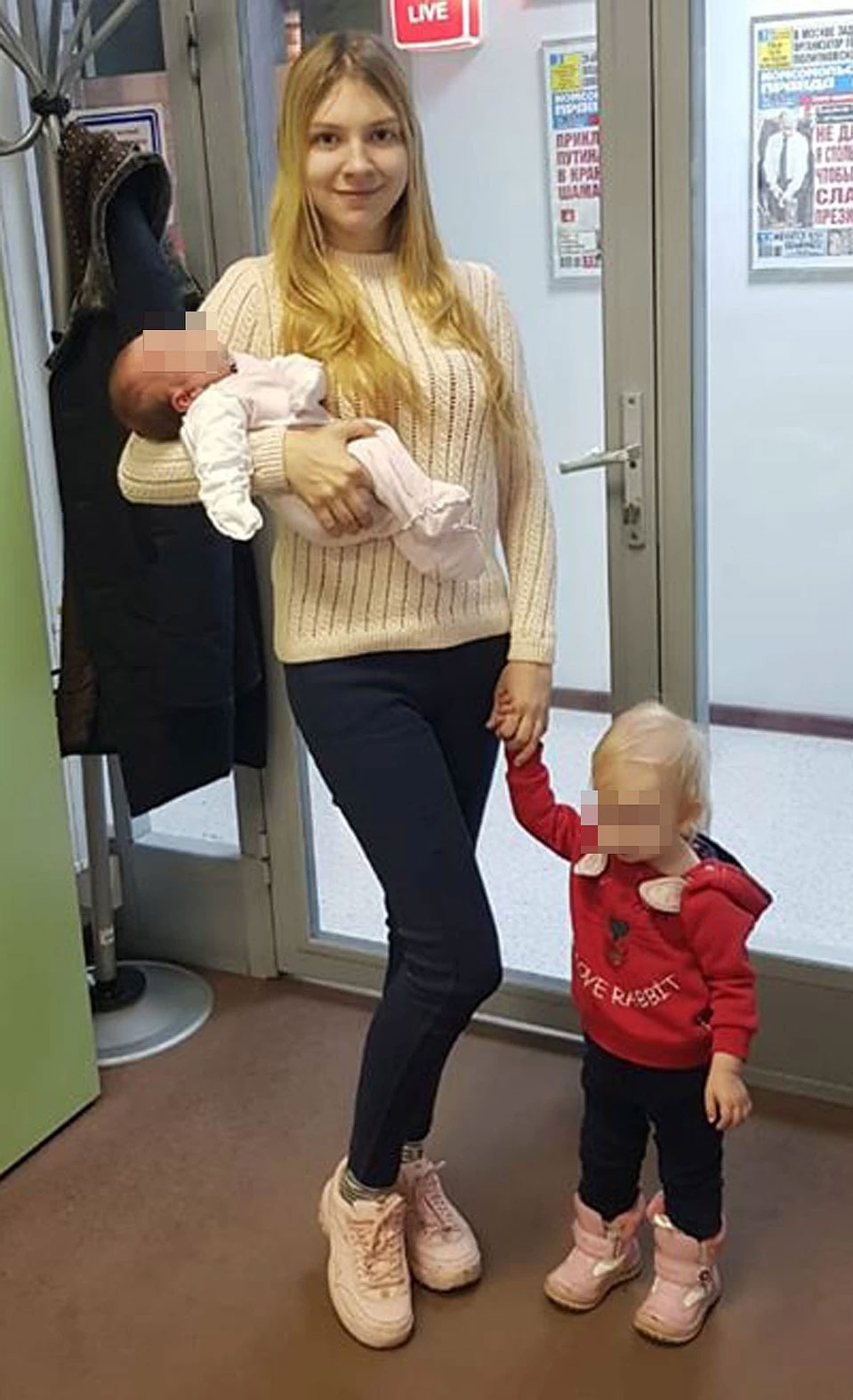 It transpired that she had given birth again, which cast doubt on her supposedly testy relationship with her husband.

Publicly, she called her husband a “bum” in another media interview in December 2019.

But privately, it was suspected that both of them are in cahoots as the husband is said to be holding down jobs at construction sites and as a courier as well. 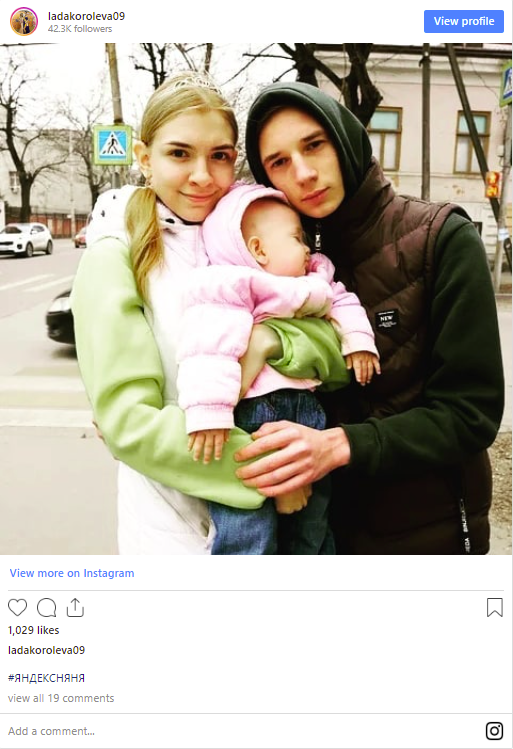 One of the stories Lada revealed to the media was about her looking for work and trying to move into an apartment with a cheap rental.

She was given one out of goodwill as she is a young mother, but then her husband moved in with her with a dog and his presence was soon discovered by the landlord.

It was alleged that the money that she received from the public was not used to foot the rental bill.

She apologized publicly for this episode.

At least one reporter in Russia, who has been keeping tabs on Lada, has come out to claim that the young mother is doing what she is doing to seek financial assistance from the public and to get famous in the process by appearing on television. 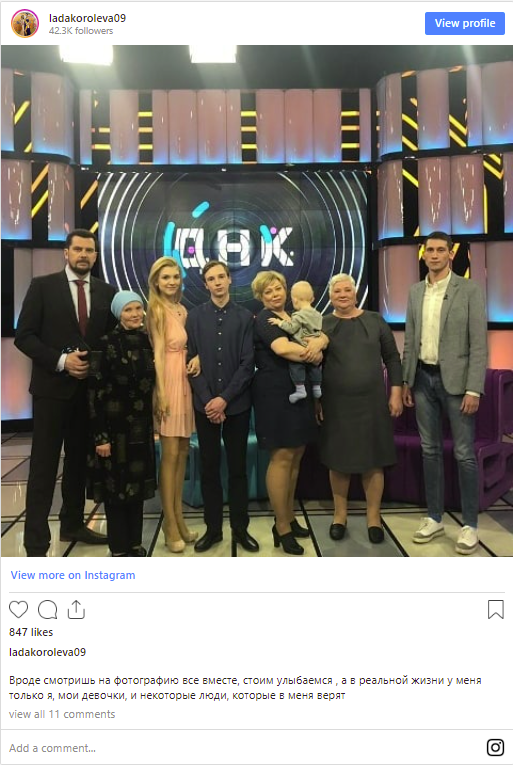 It was also claimed by the reporter that Lada’s family had previously bought a house for her in their hometown, but she chose to sell it and move to Moscow instead.

The welfare of her children has also been speculated about, with claims that they might not be getting the help they need, such as vaccinations and proper nutrition.

But as with plenty of things in Russia, the exact account of the situation is never straightforward.