98-Year-Old Mother Moves into Care Home to Take Care of...

Once a woman gives birth, she’ll be mother forever. The love you feel for a son has no expiration date, and Ada Keating is a beautiful and touching story.

The 98-year-old mom decided to move to a nursing home just to look after her 80-year-old son.

A Little Boy Was Honored After Saving His Mom

The 98-year-old mom and her deceased husband, Harry, had four children: Tom, Barbara, Margi and Janet, who died at age 13. Before retiring, Tom worked as a painter and decorator.

Tom Keating, 80-years-old from Wavertree moved into a care home called Moss View in 2016. Soon after the move, his mother followed because she was worried about her son’s health and well-being.

And just over a year later Ada Keating, a 98-year-old woman decided to move into the same home to help look after her eldest child.

While speaking to the Liverpool Echo, Ada said:

“I say goodnight to Tom in his room every night and I’ll go and say good morning to him. I’ll tell him I’m coming down for breakfast.

“When I go out to the hairdressers he’ll look for me to see when I’m coming back. When I get back he’ll come to me with his arms outstretched and give me a big hug. You never stop being a mum!” 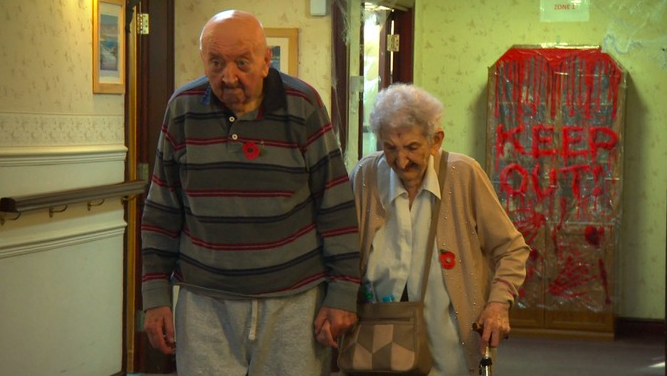 Ada’s husband had passed away, leaving behind four children. One of her daughters, Janet, sadly passed away at 13. The Keaton family has two more ladies, Barbara and Margi, Tom’s sisters. Along with their families, they regularly visit their mother and brother at the care home.

The video shows how adorable they are with each other.

Ada also has a granddaughter, Debi Higham, who’s also among the regular visitors of the family. Debi spoke about Tom and Ada:

“There’s no parting them!”

“It’s reassuring for us that they’re both getting looked after 24/7.”

“It’s very rare to see mothers and their children together in the same care home and we certainly want to make their time together as special as possible. They are inseparable.”

Needless to say, this story brought tears to our eyes. This mother’s undying love for her son is exceptional and incredible. Mothers are a true blessing, and we should cherish them for as long as they’re around us.

“Youth fades; love droops; the leaves of friendship fall; a mother’s secret hope outlives them all.”