61-Year-Old Woman Gives Birth To Her Own Grandchild In Order...

“When you are a mother, you are never really alone in your thoughts. A mother always has to think twice, once for herself and once for her child.”

Whether it’s a message for all of you who still have their mom, this inspirational story can help put how you feel …Even though she’s been a near perfect mother or a much less than perfect one, she’s still here and that fact alone leaves so much potential for you …

A Little Boy Was Honored After Saving His Mom

A Heroic Mom Ran Into Burning House To Rescue Her Kids

The family’s story begins in 2012, when Matthew was working on a short film and asked Elliot if he would do the hairstyling. They got together at a French restaurant and discussed the script and never stopped hanging out from that day on.

Matthew and Elliot started looking into IVF, and Elliot’s sister immediately volunteered to be their egg donor. They also decided to use Matthew’s sperm, which meant their child would have a genetic connection to both fathers.

But Elliot’s sister was also in the middle of building her own family, and he and Matthew knew they weren’t comfortable asking her to carry their child as well.

Matthew and Elliot’s best friend offered to be their surrogate, but their doctor was hesitant due to her health issues.

“It never really entered my mind until Matt was telling us about how they were struggling with their original surrogate as far as their health risks,” Cecile told.

Elliot said, ‘We’re just going to move forward,’ and I just got that instinct of a mother right away. I thought, well, I’ll do it, why wouldn’t I do it? I’m healthy and I’ll do everything I can.”

When Matthew and Elliot told their doctor about Cecile’s surrogacy offer, they were shocked when she told them it could actually work.

Cecile continued to pass tests over and over again. Within a month our doctor was handing her shots of progesterone and the reality of her surrogacy journey didn’t really hit until she came home with the hormones.

Her husband was so sweet and said, ‘Well, do you want to back out?’ And she stayed strong thought, you know, I’m here for this reason. We got this far, so we’re going to see it all the way through.” 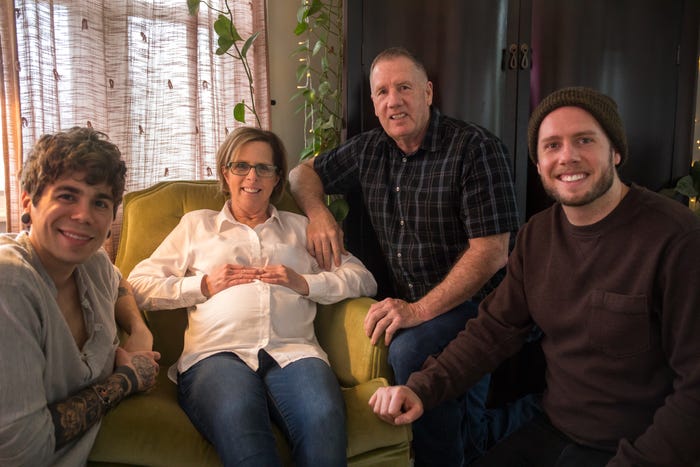 Cecile had to go through a pap smear, blood tests, cholesterol testing, mammograms, and ultrasounds before the pregnancy could be started. In order to carry her grandchild, her health had to be in top shape. Elliot’s sister decided to make a contribution of her own while the testing was going on: her eggs!

Hormone therapy began when Cecile passed all of her tests, and Elliot’s sister’s eggs were fertilized with Mathew’s sperm. Cecile became pregnant on her first try with implantation, despite the difficulties she claimed to be suffering. Despite the fact that the pregnancy was difficult for her due to her age, she managed it gracefully.

The morning sickness was more intense, and this time around Cecile got gestational diabetes, which she controlled with diet. But through the hard moments were also the beautiful ones, like getting to bring Matthew and Elliot to all her doctor appointments. 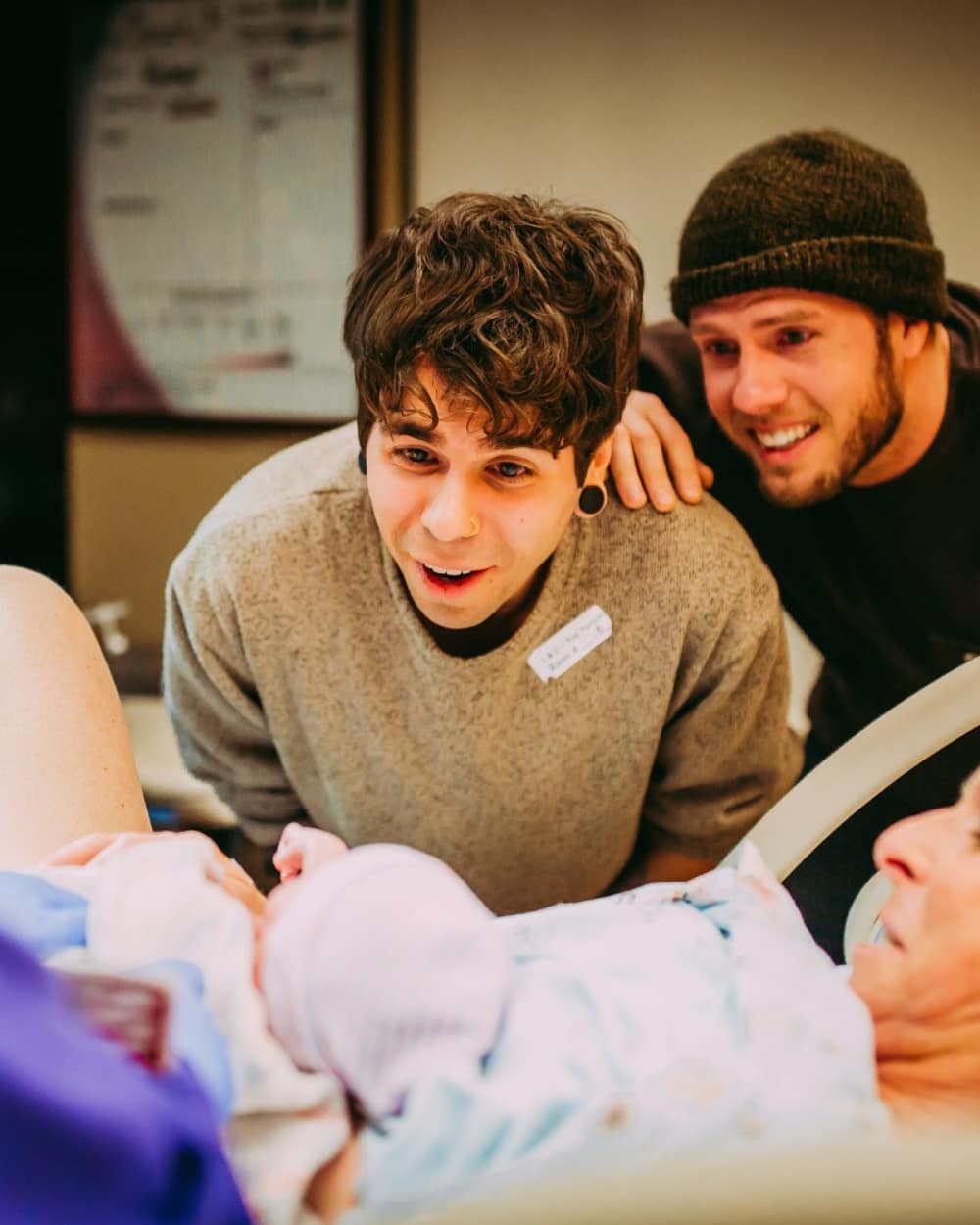 Despite the odds, the baby girl was delivered and named Uma despite morning sickness and blood pressure increases. Uma was even delivered naturally, without the need for a C-section.

“For me, it was an out-of-body experience,” Matthew said. “It just felt like this huge collaborative effort to bring this child into the world. When we first heard her cry I just lost it because it happened, we made it happen, and we all worked together.”

“It was a doubly rewarding moment because not only did we all of a sudden have a child and a family, but also my mom was OK. There was both relief and rejoice.”

“It really was this special, magical moment to be able to give them Uma,” Cecile added. “I knew my part of the story was over. Now it’s their time to start their storytelling of her life.”

The family’s story went viral shortly after Cecile gave birth, making headlines all over the world.

“We had not anticipated that the story would capture so many people’s imaginations,” Matthew said. “It was really inspiring and neat for people to love our story and our family and our daughter so much.”

And Cecile was touched that her story had inspired Loving to volunteer as a surrogate for her own daughter.

“It just humbles me that I could give them hope when they thought there was no hope to be had,” she said.

Matthew said it was “awe-inspiring” to watch his mother go through pregnancy and give birth to his daughter.

“The most amazing thing was just seeing the strength and power that she has,” he said. “To see her be an all-star at her age, it really inspired me that you can continue to re-create yourself. She did the ultimate act of selflessness, and it makes me want to be more like that and discover how I can serve others and help others’ dreams come true.”

“Elliot and I have realized that sharing your story is the most radical and influential thing you can do,” Matthew told Insider. “We weren’t trying to be political or radical, we were doing what we thought was best for us and our family.”

“All you can do is share your story,” he added. “Ours has inspired both gay and straight couples that you can be really creative when it comes to your happy ending.”

Cecile said she’s still in awe sometimes when she sees her granddaughter.

“It’s hard to believe I was able to do that,” she added. “She’s such a joy to watch, she’s an independent, strong little girl, which I love. I would do it again in a heartbeat.”

Matthew and Elliot are about to embark on life as a full-time travel family with Uma. You can follow their adventures on

”A purpose of human life, no matter who is controlling it, is to love whoever is around to be loved.” – Kurt Vonnegut

After reading this story, What are you feeling right now?

We didn’t realize that love as powerful as your mother’s for you leaves its own mark. Always noted to yourself that ” Motherhood: All love begins and ends there…”